Made in collaboration with Revele Films, Accra, Ghana.

Elmina is a full-length feature filmed entirely on location in Ghana, in which I play a local Ghanaian farmer fighting corruption and the exploitation of the community by a Chinese multinational corporation. Written and produced by one of Ghana's leading production companies, with a cast of well-known Ghanaian and Nigerian actors, it is a whopping melodrama full of witchcraft, murder, greed and intrigue.

The film aims to bring together two groups and cultural economies that might normally have little overlap - the Western art world, and the West African popular film industry. What allows it to cross over between the two worlds is my unexplained and totally inappropriate presence in the lead role of a domestically produced African feature - a white Jewish man from New York playing a role that would normally be played by a black West African actor. No reference is ever made to this oddity of casting, which in a quietly radical way completely overturns conventions of race and representation in film, and offers a new perspective on globalization, neo-colonialism, Eastern influence in Africa, and the relativity of audience engagement.

The film was nominated for an African Movie Academy Award in Nigeria in 2011, and voted no. 35 on artinfo's list of the 100 most iconic artworks of the last 5 years.

Elmina had its world premiere at Tate Britain in London in 2010, and there is more information about it on the Tate website here:

It was made with the generous support of Executive Producers the Zabludowicz Collection, Wendy Fisher, and Tamer Amr.

Elmina is available for sale on DVD here for £20 plus shipping and handling. 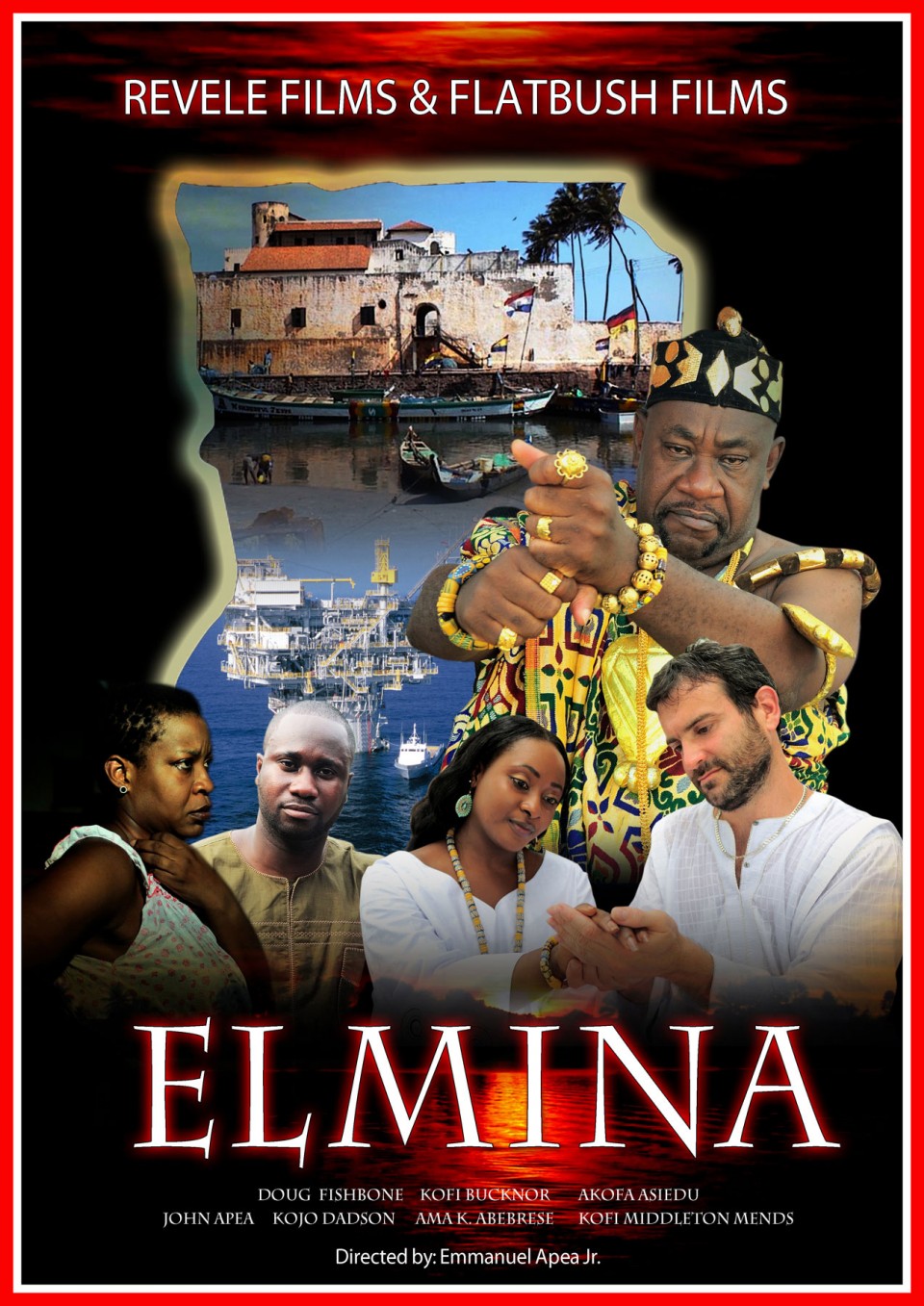 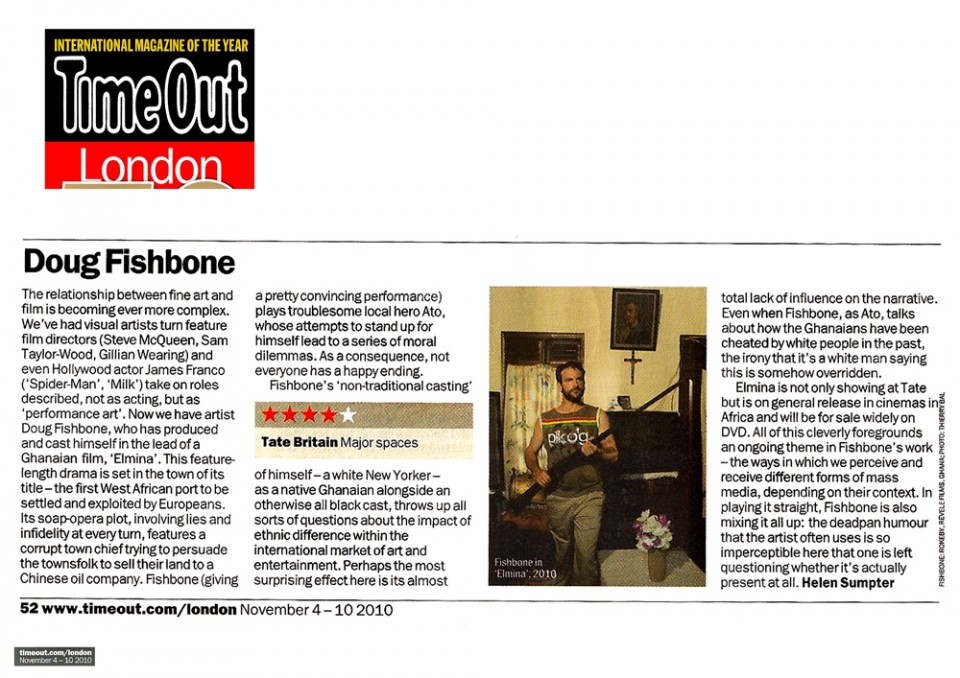