"Doug Fishbone often uses satire and humour in his film, performance and installation works to examine consumer culture and the mass media in a critical and disarming way. His latest video work entitled Man/Machine plays with virtual technology dramatising the way it has replaced contact between real people. The virtual mannequin is Fishbone himself cast in the role of corporate presenter but, rather than addressing the public in the short sound bites common to this way of communicating, Fishbone uses the virtual platform to talk about the stranger than fiction world we inhabit and to ask questions that would never normally appear in a straight commercial presentation. As a video sculpture it uses a back projection onto a body sized and shaped cutout in a self-contained, free-standing unit. It is based on a presentation device that Fishbone saw at Luton airport, which was used to help direct pedestrian traffic at passport control. The product is generally used for queues at busy pedestrian traffic points, like those in airports, to manage and address groups of people as they wait in retail settings. Fishbone has customised one so the projected image and voice narration are his. A short looped video piece of a few minutes is presented in exactly the same way as the product normally functions but with Fishbone’s own content inserted."

Man/Machine was commissioned by David Thorp for the exhibition Ordinary/Extra/Ordinary at The Public in West Bromwich, UK, 2013. 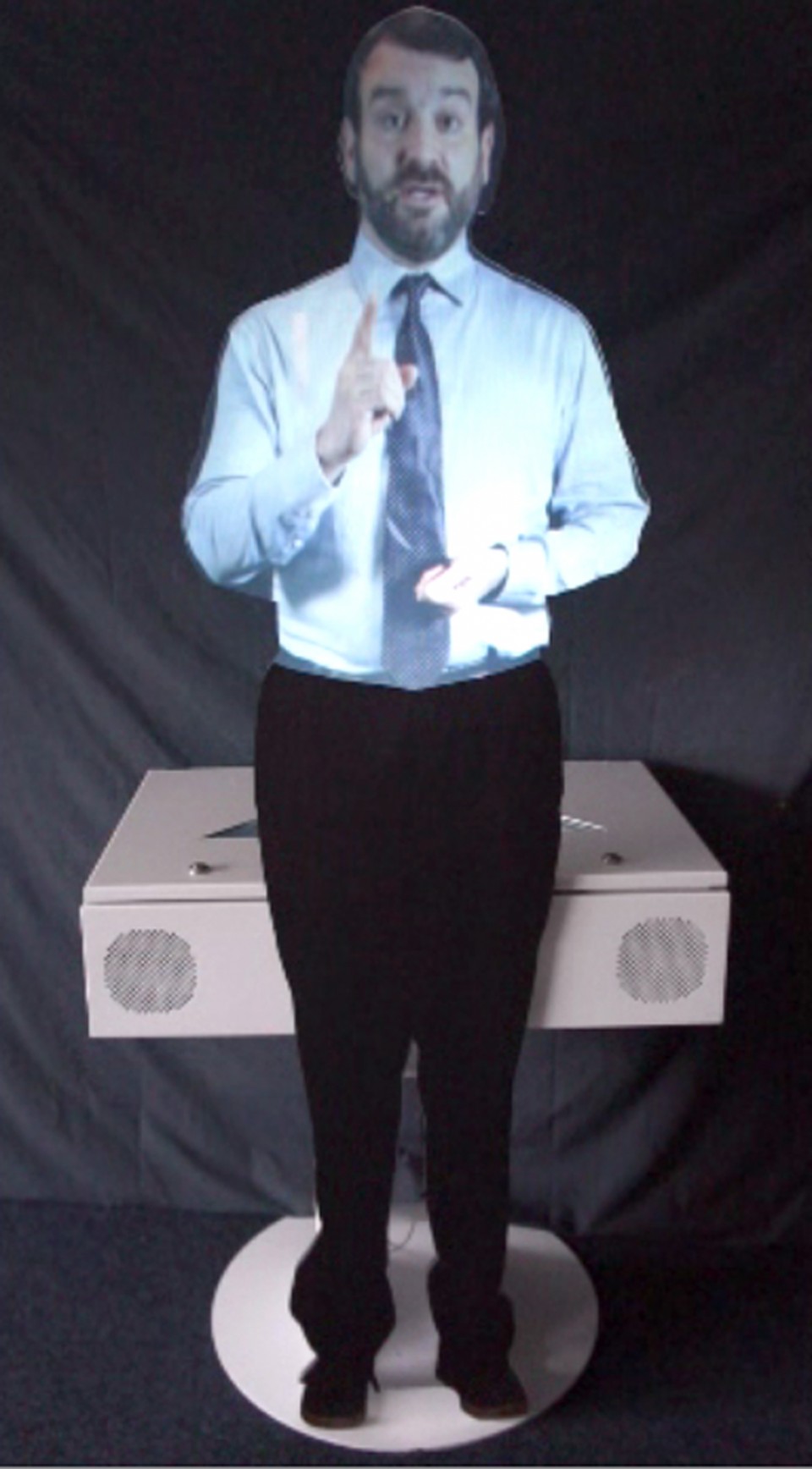 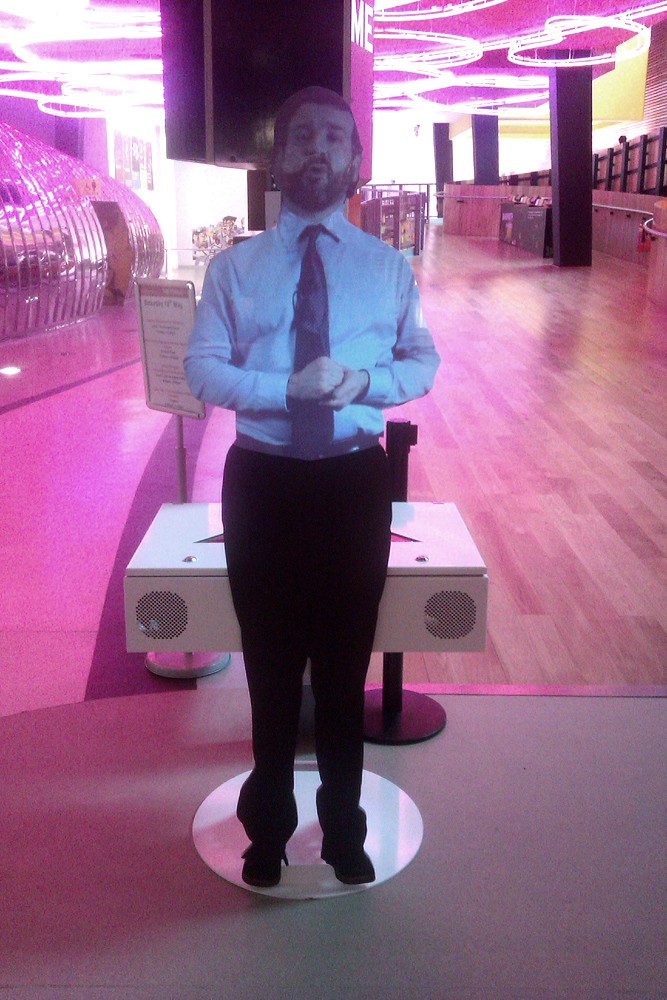 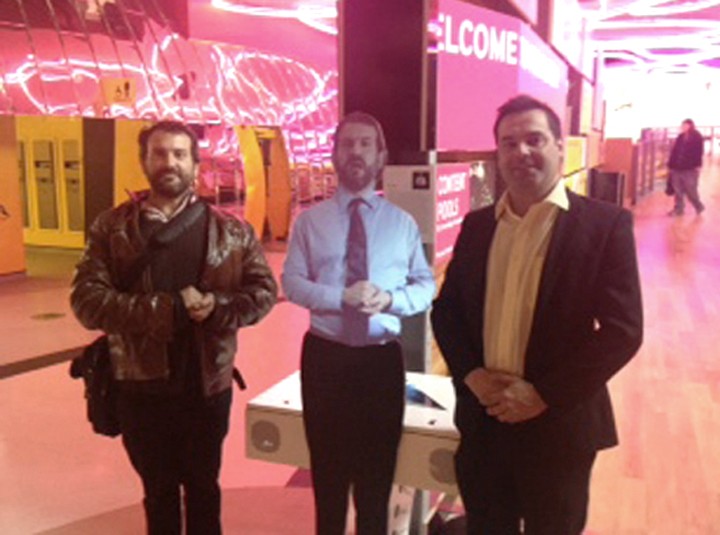