Artificial Intelligence (2018) is a machine that dispenses wisdom in return for a 10-cent investment. A short meditation on time, impermanence and loss, it was originally installed in the Marktplatz in Halle, Germany, the city’s main square, where it was commissioned by the werkleitz Festival with funding from the European Union. Spanning from the theft of the Mona Lisa in 1911 to the shortages of sausages in the German Democratic Republic to the Mahabharata, it offers an unusual perspective on the rise and fall of human civilization through the prism of the chaos of 20th- century Europe.

Assuming the form of a conventional touch-screen kiosk like those found in cities and public spaces all over the world, the piece grants a moment of pause to consider the fragility and vanity of our daily lives, though with a light-hearted touch. A machine that might normally do something very straightforward, like process a ticket or parking receipt, or issue directions to tourists, has been re-tooled into something strange, injecting a brief dose of ambiguity into the daily urban routine.

Attracted by a hypnotic swirling spiral, the viewer touches the screen, and is then asked to insert a 10-cent coin without any inkling as to what it might purchase. Upon payment, she is then offered the chance to view a short film in either German or English, touching the appropriate flag icon on the screen corresponding to the desired language. What unfolds is a comical and philosophical narrative using a slideshow of historic images, a journey through the turbulence of war-time and post-war Germany and its legacy of instability. The audio narration is heard via a telephone handset attached to the side of the device.

The piece is a kind of art robot of the lowest order – a mechanized deliverer of intellectual content, but already outmoded and behind the times. After all, who pays for anything with cash any more, let alone ten-cent coins? In this way it reflects an ambivalence towards AI, as it stands poised to replace huge swathes of human labour and make many of us redundant in the process. Sitting outside contemporary financial logic, it finds an awkward space to occupy – offering a potentially useless product (the artist’s speculation on the state of the world) at a price that is virtually free.

Commissioned by werkleitz within the framework of EMAP / EMARE

Co-funded by the Creative Europe Program of the European Union 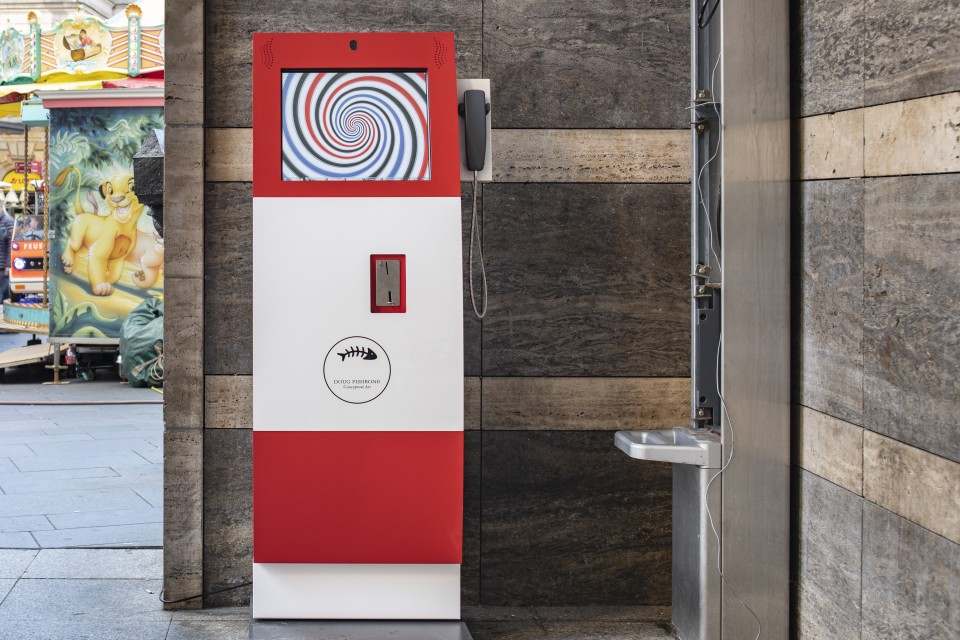 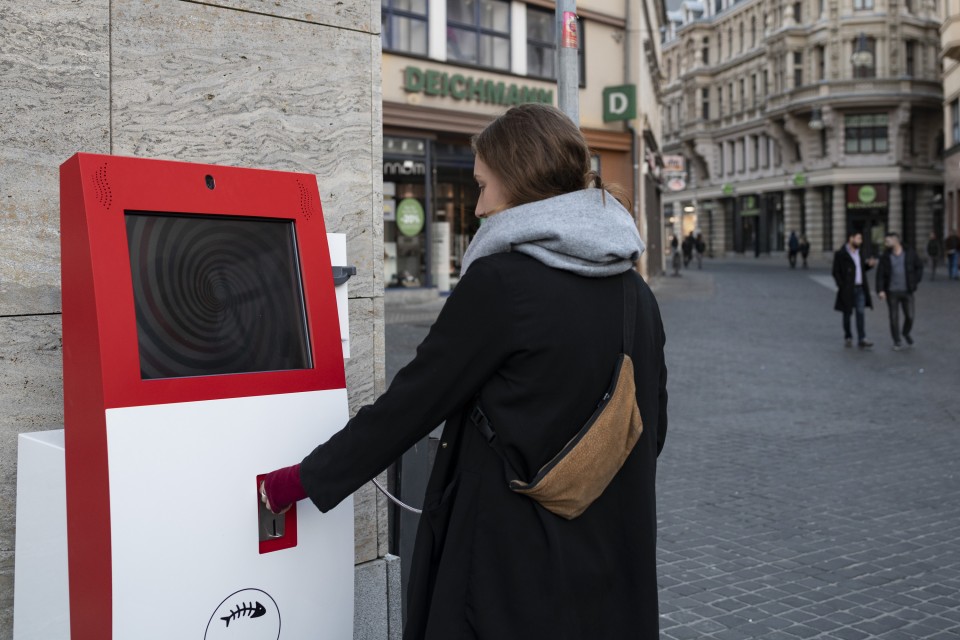 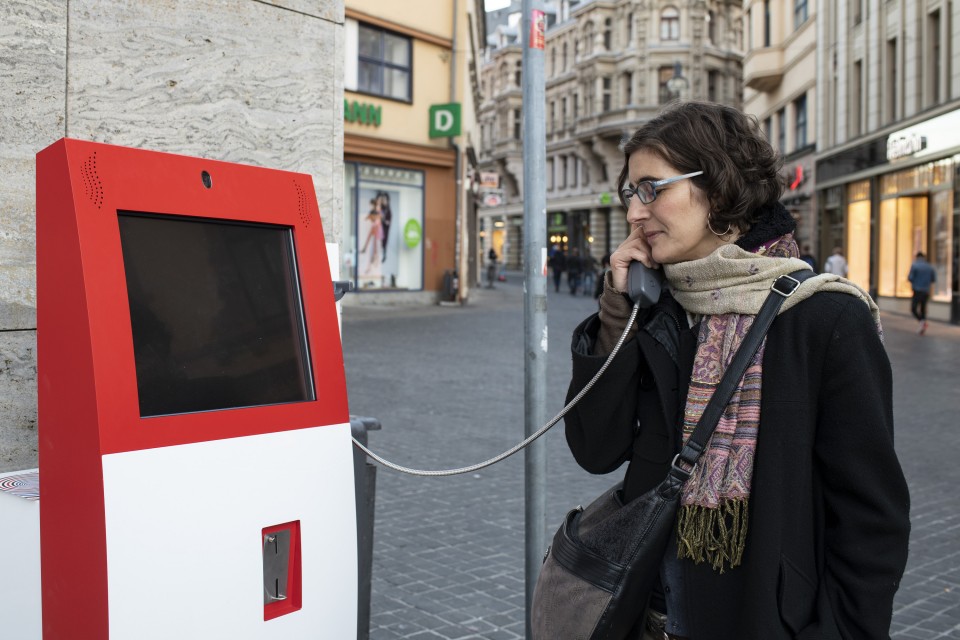